“These men are nobles now, the gentlemen of old are trash”

Stripping it of its derogatory meaning, this season Matthew Miller reclaims ‘Nouveau Riche’ as the theme of his AW16 collection. This generation is filthy rich but instead of wealth, their vulgarity comes from the cultural capital they’ve pillaged from previous eras. This is expressed through Carravagio’s ‘David and Goliath’, which, having been hand-painted with oil on canvas and draped over the models, is liberated from the confines of a redundant establishment.

As one of these ‘Nouveau Riche’, Matthew has harnessed the shapes and fabrics of history and used them as the backbone of his own creations. Modernity and history clash as classic silhouettes like biker and bomber jackets are remade with utilitarian details. Velvet, previously an anachronism, is left uncut to drag it back into relevance. Hand-painted oil on canvas armbands unite today’s looks, not in reference to mourning but to far earlier medieval traditions. 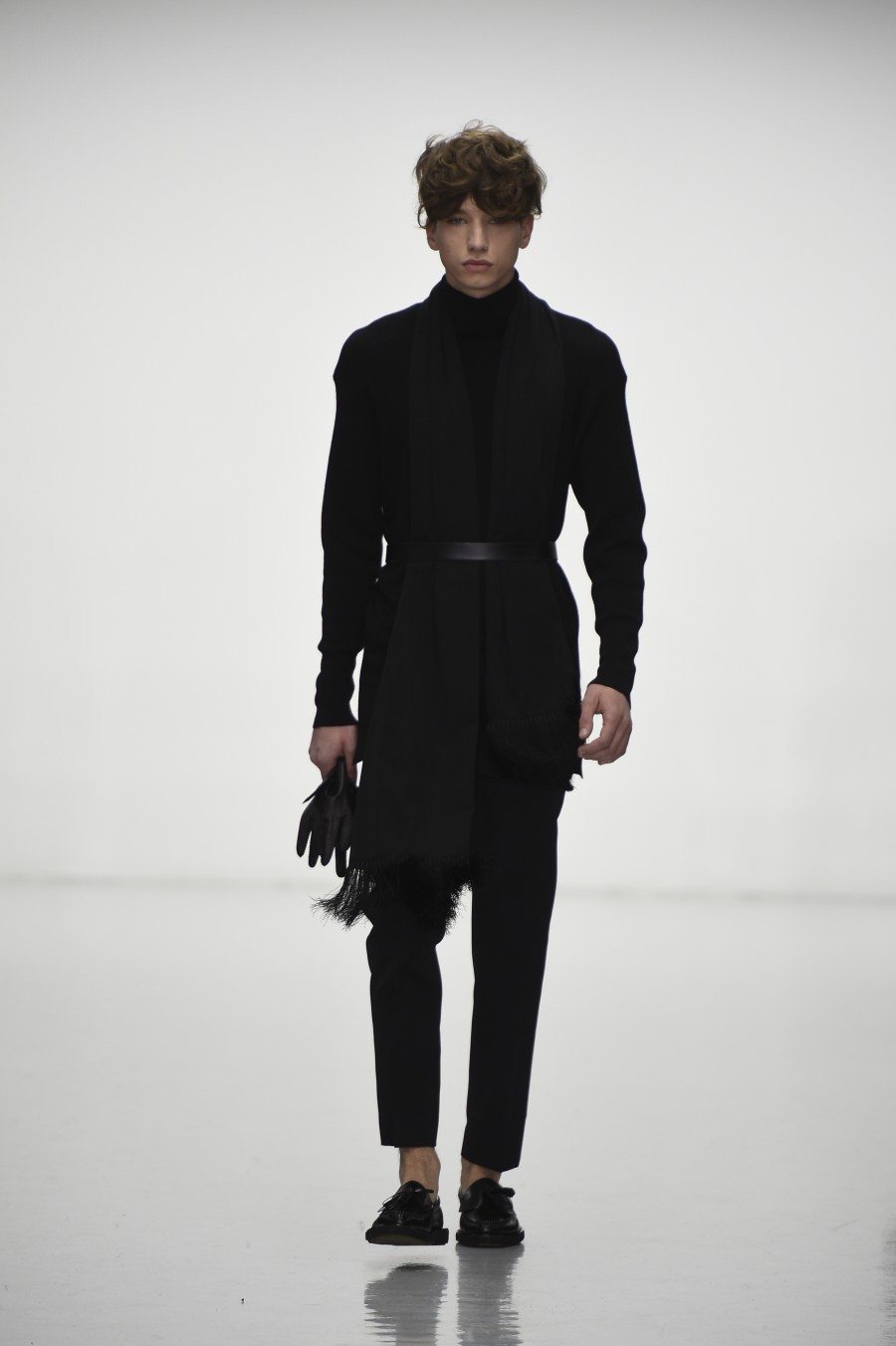