For its 20th anniversary collection, You Must Create continues to push its counter-culture agenda. Continuously inspired by the energy and attitude of music, Fraser Moss and Jimmy Collins turned towards the transatlantic underground scene of the 1960s for AW16 inspiration. Whether it’s the British folk music movement or Middle Eastern psychedelic bands, the ‘Parallelogram’ collection draws from the rawness and boundary-pushing mentality of artists such as Can’s Damo Suzuki and the visual aesthetics of groups like The Incredible String Band.

The collection, celebrating two decades of pure You Must Create mentality, builds on these musical references, but makes a sartorial point out of adopting and re-appropriating the mentioned energy and attitude into high-quality wearable staples. Mixed in with the cropped and wide skate trousers, bucket hats and fringed donkey jackets, you’ll find key pieces such as wedged clogs with Vibram soles, biker-inspired Chelsea boots and wool ponchos inspired by 60s psych band Spirit, and Damo Suzuki-style wide-beamed hats.

Fabrics, as always, are key but for AW16 a wide array of characteristic materials from Japan and Italy help define the collection’s silhouette: black wool seersucker, indigo floral jacquard shirting, charcoal-tasselled wool, indigo sashiko stitch cotton and wood grain jacquard nylons dominate the catwalk. Though the colour palette is predominately dark (black, navy and charcoal), there are bright highlights in the shape of whites and dusty pinks, and eye-catching prints like the Japanese wood grain and flame pattern.
The collection title comes from Linda Perhacs’ cult album with the same name, released in 1970. Perhacs’ folk-psych music helped usher in a new generation of musicians, and her attitude towards genre-defying music is where Moss both looked and listened when putting together ‘Parallelogram’. The influences can be seen in Moss’ use of graphics, all of them inspired by 60s Blacklight poster art, which, at the time, most likely featured heavily on the bedroom walls of every music interested teenager.
A specifically commissioned live band, Parallelogram, playing Middle Eastern psych music, sound-tracks the show. 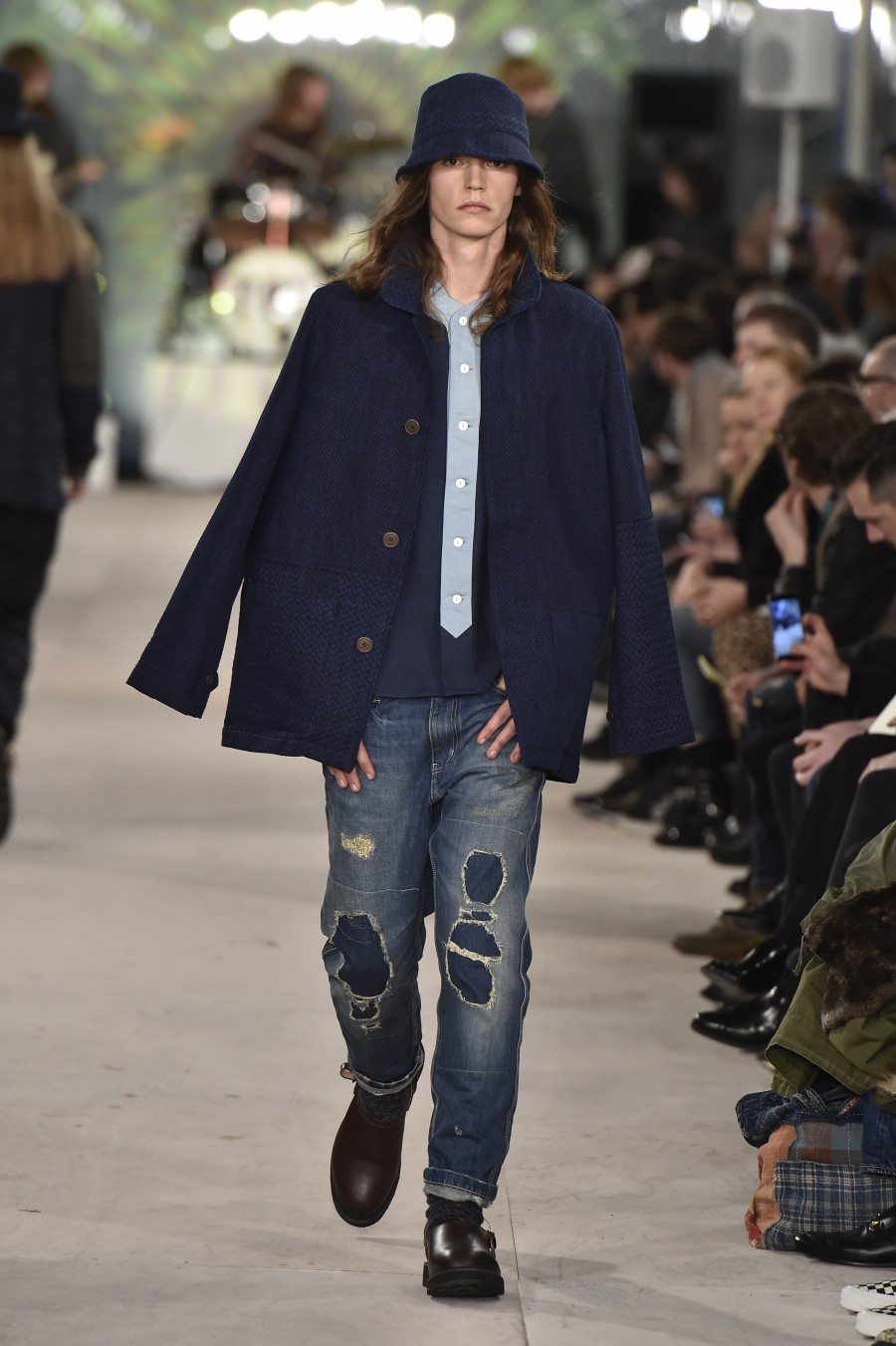 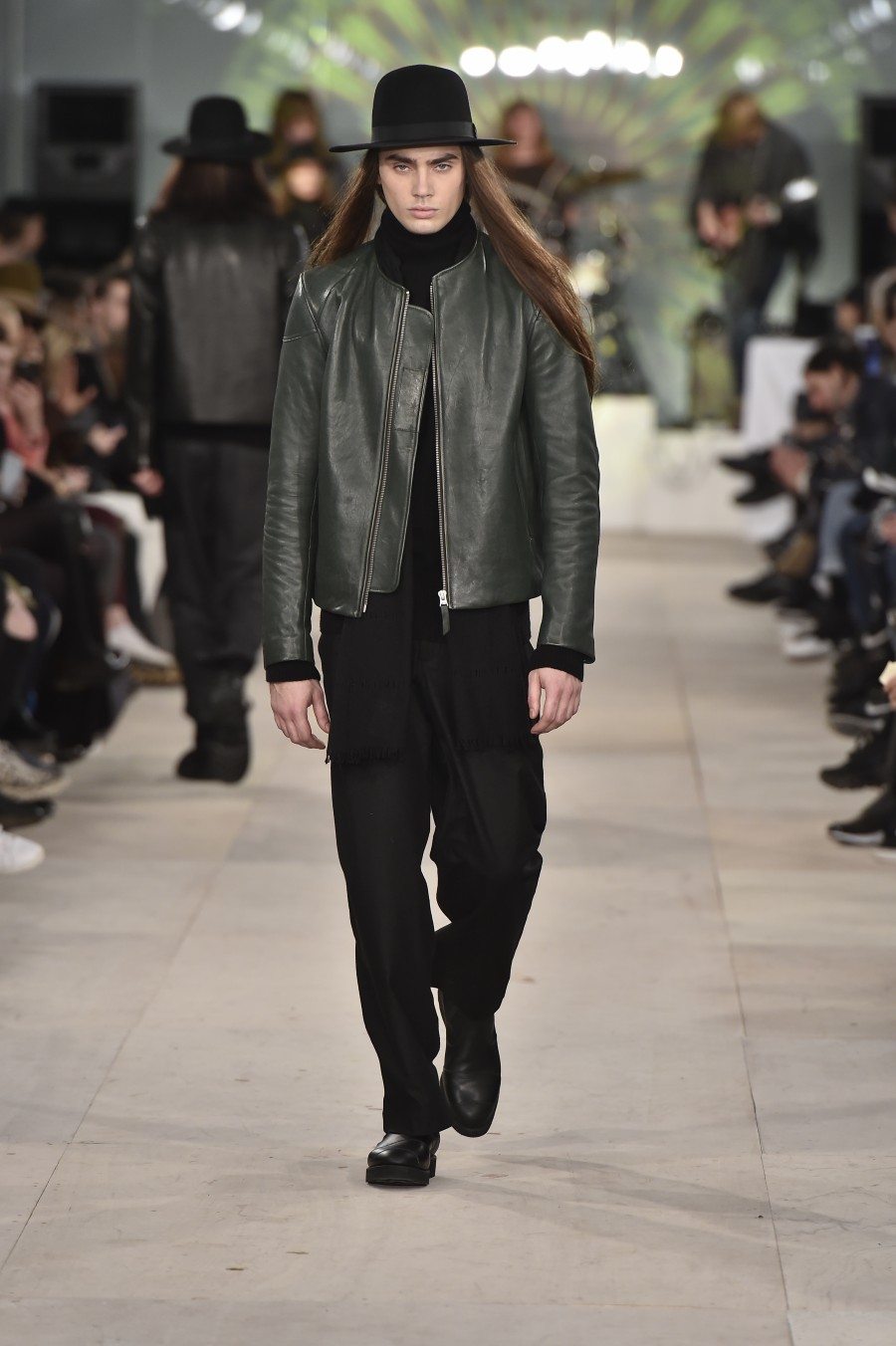 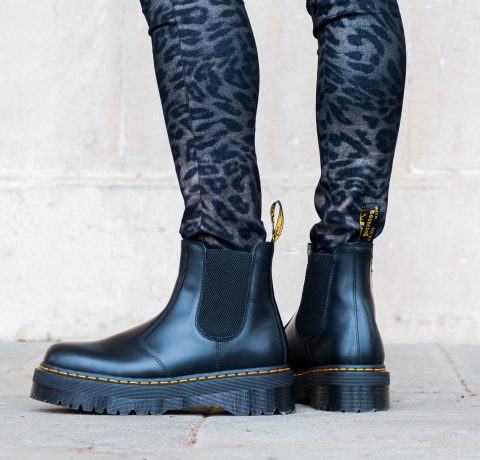 STEP INTO WINTER WITH DR. MARTENS