Campbell Carey, Huntsman’s creative director, has imbued the house’s AW16 ready-to-wear collection with the British handwriting that has set Huntsman’s bespoke creations apart for the past 160 years.

The constant in our AW16 line-up is the sleek, flattering cut of the classic Huntsman’s suiting, which centres on our signature single-breasted, one button jacket and tapered waist. One of the highlights of this season’s tailoring is Huntsman’s flannel suit, which is designed in both classic, deep navy and slate grey. The latter shade celebrates the 60th anniversary of the 1956 film “The Man in the Grey Flannel Suit,” which starred notable Huntsman customer Gregory Peck, whose grey flannel suit was in-fact, designed by the house.

Our standout design for Autumn is the Machir Jacket, a single-breasted sports coat in a windowpane check tweed. Its sporty silhouette was inspired by a Huntsman shooting coat, with pinch pleats at the back and a half belt for ease of movement, along with deep bellows pockets to hold a scarf or gloves. The jacket is named in honour of Machir Bay on Scotland’s Isle of Islay, the home of the mill where Huntsman’s tweeds are woven. This season, the windowpane check tweed is in four distinguished shades – deep blue, moss green, whisky, and heather grey.

Huntsman also introduces luxurious fabrics to the ready-to-wear line that had previously been limited to bespoke. The wool used in our Dreadnought Serge Blazer, is sourced from the Bluefaced Leicester sheep in Northumberland, renowned for retaining its shape and to which Huntsman has exclusive rights to. The process to create this fabric replicates the scouring and dyeing methods employed in the early 1900s. The single breasted, one button blazer has welted patch pockets and nautical gilt buttons. The design takes its name from the HMS Dreadnought, a Royal Navy battleship, a nod to the fact that the blazer’s fabric was originally used for naval uniforms.

Completing the collection is our knitwear, which since 2015 has all been manufactured in England. Among the season’s designs are our snug, cable-knit cardigan in a soft grey-green, echoing the colours of our Autumn tweeds. We have also added cashmere jumpers to our repertoire, crafted in ultra-fine 30 gauge, Super 180’s wool, so they can be layered under a jacket – a key element of Campbell’s vision for Huntsman. In shades of navy, blue, grey, and brown, and in both crew and V-necks, they evoke the simplicity of school jumpers, reimagined in a luxurious fabric. Among Huntsman’s accessories for the season are pocket squares, in fabrics that span plain white cotton to a monkey print, to celebrate 2016’s Year of the Monkey in Chinese astrology. We also introduce cashmere scarves for the first time, in colours that include navy, olive, grey, and silver.

About Campbell Carey: Campbell Carey was named creative director and co-head cutter of Huntsman in April 2015. He brings to the house 20 years of experience on Savile Row, evident in his intuitive understanding of cut and styling. 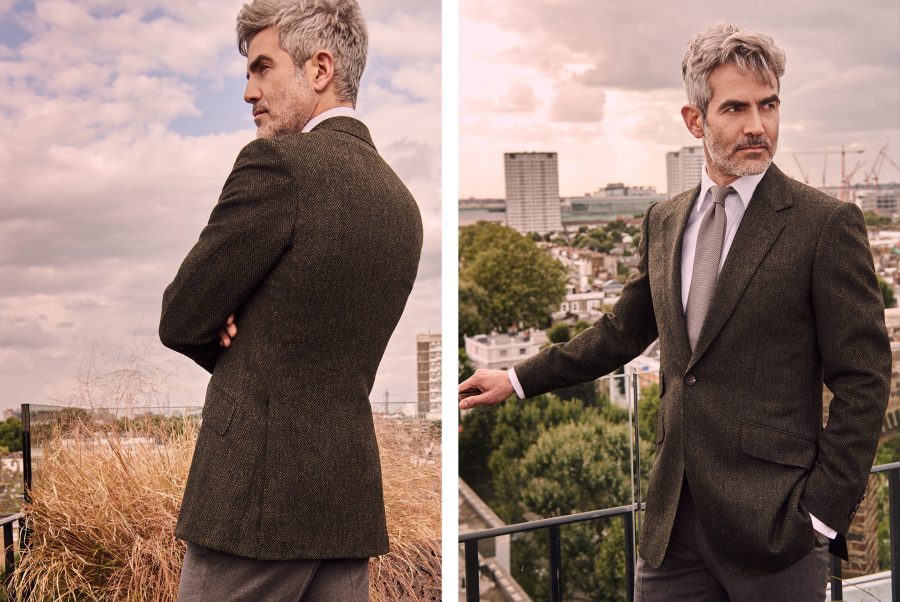 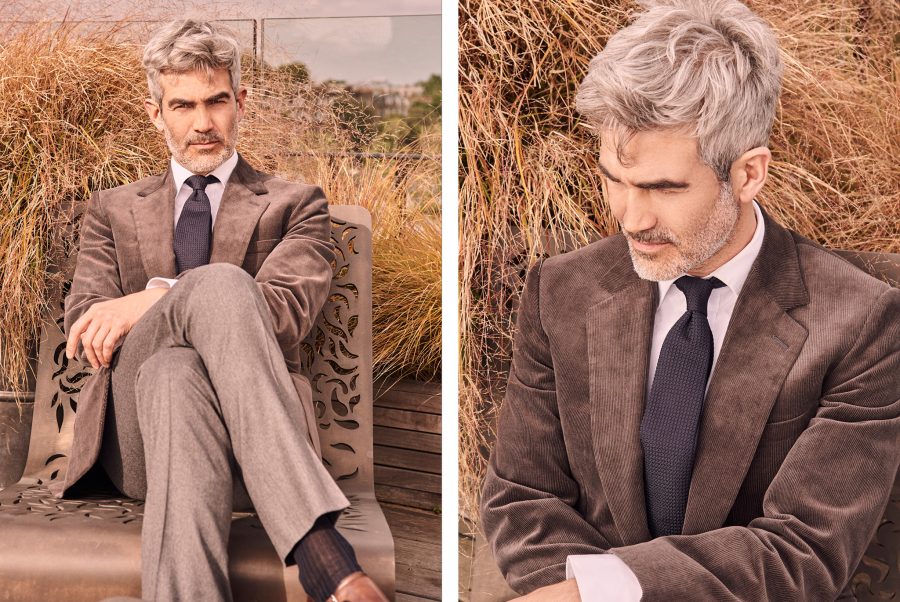