Vans pays tribute to over 50 years of “Off The Wall” design history by releasing the Anaheim Factory pack, a collection of Classic silhouettes that draws inspiration from the original footwear produced in Anaheim, California. When Vans opened for business in 1966, a 400 sq. ft. retail store was connected to the front of the production factory, which sold a handful of simple canvas footwear. Today, Vans calls upon those early styling cues to release a modern update to Vans Icons.

Every design element within the Anaheim Factory pack could be dated back to the late ‘60s and early ‘70s. Style numbers are used to signify the original design mold of three footwear models – the Authentic 44, Old Skool 46 and Sk8-Hi 38. Each style utilizes a marshmallow sidewall with a higher profile and is treated with a slight sheen that was present after going through Vans’ early vulcanization process. The entire offering features heavy a 10-oz. canvas and the Sidestripe models showcase a suede toe cap, heel counter and eyestay. All colorways including the racing red and light grey could have been found when you visited the original Anaheim Factory store. Vans has equipped each silhouette with a premium UltraCush foot liner so you can enjoy a modernized take on one of Vans Classic Icon silhouettes. 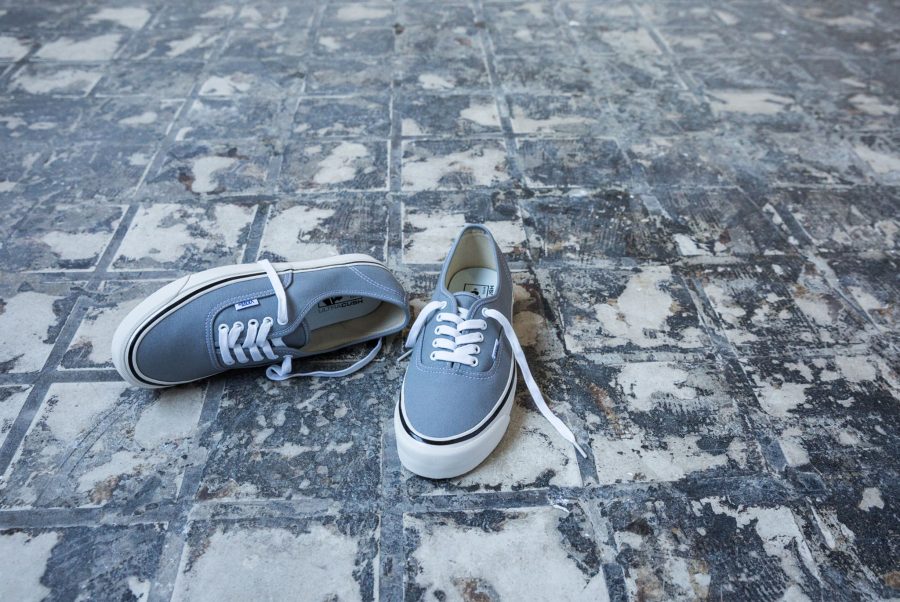