London based Irish designer Catriona Hanly studied her craft at Central St Martin’s in London and The Barbara Bourke College of Fashion in Dublin. Her fashion collections have made waves both in Ireland, the UK and the US and her stand-out creative designs also caught the attention of celebrities worldwide including Wolf of Wall Street actress Madison McKinley in LA; Amanda Byram, Victoria Smurfit and Vogue Williams in London; as well as Daniella Moyles, Ash Quinn and Alison Canavan in Dublin to name but a few.

Having established sales of her jewellery line in over 350 boutiques in Ireland, the UK and the US Catriona went on to deliver interiors projects in leading hotels and private residences across the globe all the while gathering ideas and stimulation for fabrics and finish, developing a unique and inimitable style. A fashion collection was the next logical step for this talented designer and she is now creating timeless heritage pieces that make a unique style statement season after season. Catriona’s signature ‘collars and cuffs’ detailing is a consistent trait across all collections bringing strong continuity through each season’s story. Luxury also undulates at the centre of each collection conveyed by the designer’s trademark eye for fabrics, colour and texture.

Catriona was nominated for Irish Designer of the year 2015, won Jewellery Designer of the Year and her designs have stood out at Ascott, Cheltenham, The Irish Television Awards, the VIP Style Awards, House of Icons pre Oscar Fashion Show in Hollywood and starting to grace carpet events in LA, London, Dublin and Cannes. 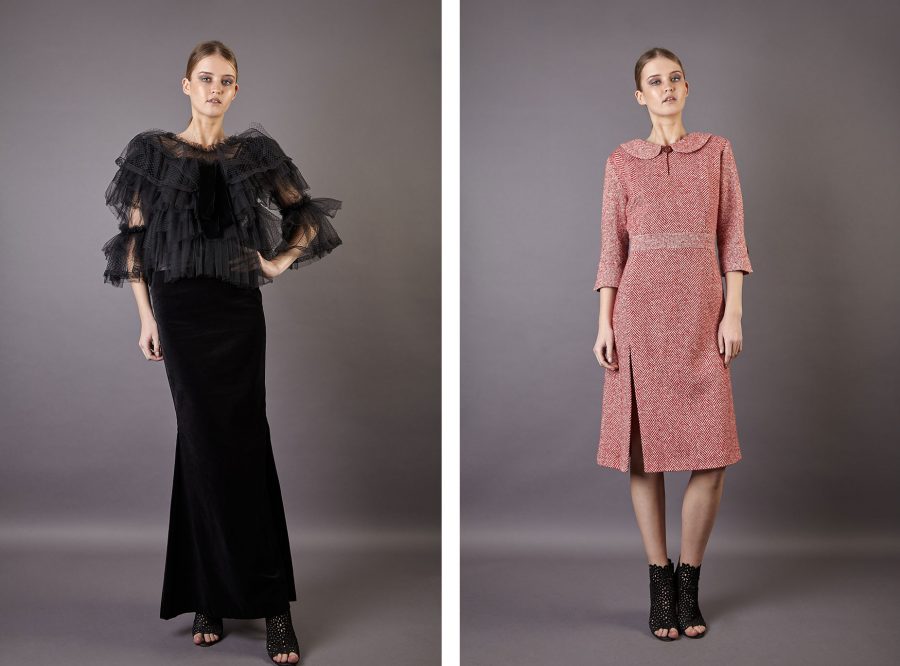