International menswear designer Simon Carter has created the contestant costumes and host outfit for the entire series of the new show. And for the first time, Carter is revealing what the Maze Master and contestants will be wearing.

The design challenge was to create costumes and an outfit that combined practicality and style to allow contestants and Ayoade to move in the athletic way needed for the show. For the Maze Master, viewers will see a distinctive look that provides a modern edge to classic design. It is a look Carter describes as “geography teacher with a splash of colour”.

Designs for both female and male contestants are inspired by the famed and distinctive Le Mans racing jumpsuits. Simon will also be dressing a variety of celebrity contestants for the Stand up to Cancer specials. For the Maze Master, the outfits feature strong coloured cord suits, with floral shirts and knitted silk ties. Carter worked with a palette of colours that he “upscaled” for TV – from navy blue to straw yellow – and it includes a cord suit in raspberry pink. Ayoade’s original request was Chelsea Boots in gold.

The background colour of all jumpsuits is neutral off-white, similar to the Le Mans races, with two double stripes down the arm and leg. The iconic Crystal Maze logo is embroidered on the back of each jumpsuit and the team logo sits on the arm. Male and female contestants will be wearing the same jumpsuit as Carter’s design is unisex.

Simon was chosen as Maze designer as he has dressed Richard Ayoade for more than 4 years and label has a whimsical look that fits with the iconic show.

Simon said: “I’m thrilled to be involved in the show and to be working with Richard. We have come up with a style that reflects his unique personality – a style that suggests eccentric geography teacher but with an enormous splash of colour.”

Ayoade has been a supporter of the international clothing brand and wears Carter shirts for other television appearances as well as in his personal life. Carter and Ayoade worked together to develop the style of the suit – and will feature Ayoade’s love of ‘patch pockets’

Carter said: “Richard approached me to do this. I’ve obviously got to know him fairly well over the course of this particular project as the design process has been a collaborative approach that Richard has been very involved in.” Of the suit patch pockets, Carter said: “It’s just something he likes. I don’t think anything special will be kept in those pockets!”

Of the look for the contestants, Carter said: “I took my inspiration from my love of 1950s Le Mans car races for the jumpsuits and added a modern twist to make them distinctive and recognisable.”

The contestants’ jumpsuits have been made in a traditional factory in East London that specialises in racing overalls. All fabrics used are British-made. 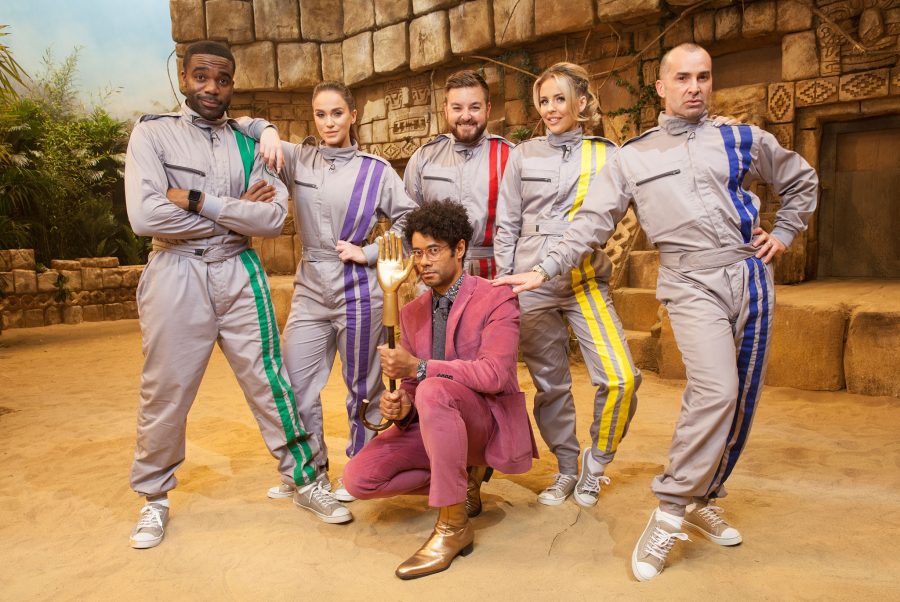 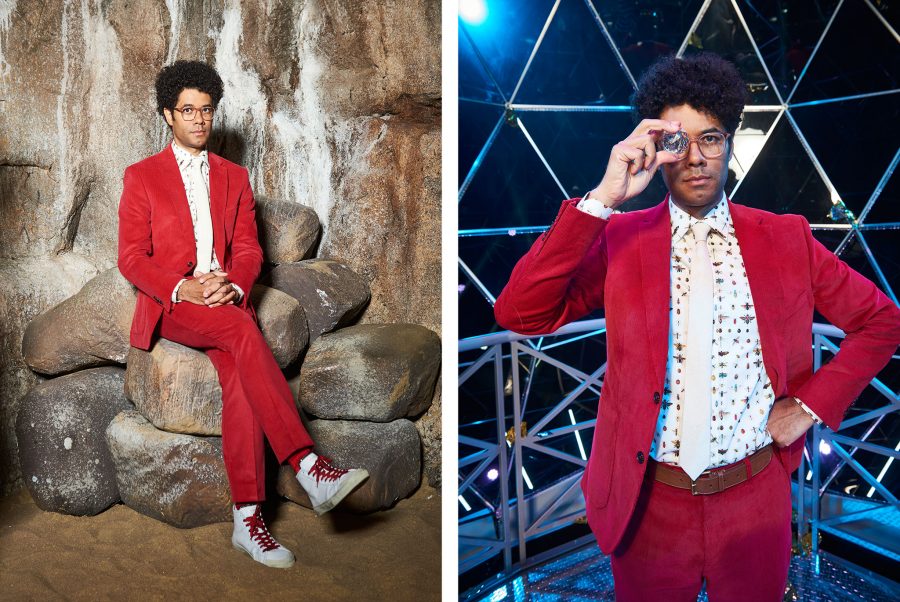