THE CHUNKY SNEAKERS YOU SHOULD GET YOUR HANDS ON

At this point if you are not embracing the chunky sneaker game, only have one question for you, why not?

Clearly, they are not going anywhere and there are now some very nice and comfortable selections out there. To the casual observer, it may have come as a bit of a shock when the fashion elite suddenly appeared to be taking their style cues from Sketchers circa 1995, but it’s actually a pretty natural progression. After several years of clean, white minimalism and slim trainers it was really only a matter of time till the chunky sneaker come rushing back.

I myself tried my best to not join in the trend, until I remembered I have had a pair of underground NOX SNEAKER for well over 3 years… way before the chunky sneaker trend took hold and that was the moment, I realised that I was in.

With that being said here are the three chunky sneakers I have been rocking in the past few months.
1. New Balance 801 – A trail and hiking-influenced sneaker the 801 silhouette is brought back by New Balance in its original colourway to celebrate the sneaker’s 20th anniversary. The all-terrain model, first released in 1998, mixes elements from trail and running but I think we all know I won’t be busting through any trail or hiking in these. Pick up your pair on newbalance.co.uk>>

2. Caterpillar Intruder – Bold, nostalgic and authentic. The Intruder made its first appearance on the fashion scene in 2015 when the brand collaborated with menswear designer Christopher Shannon. The limited-edition collection received good reviews, paving the way for its re-launch and it has fast become a favourite on the fashion scene and I am in. Pick up your pair on tower-london.com>>

3. Underground NOX – The Underground Nox is a hybrid sneaker inspired by renegade style and rock ‘n’ roll. Underground was created in the aftermath of punk and was a hit with the new romantics, goths and new wavers of Camden. Since then, the brand has honed its distinctive style that celebrates subcultures and uncompromising design. Pick up your pair on underground-shop.co.uk>>

5. Fila Disruptor II – Fila has been enjoying a resurgence the past couple of years. A popularity most notably seen in the show stopping silhouette of the Disruptor and the Disruptor II. This unisex 90’s throw-back is not a sneaker for the faint-hearted or anyone looking for that classic sneaker look but rather for the few who are looking to make a statement and make it loud. The Disruptor blends the very best of Fila’s sporty heritage with modern accents all with a nice chunky outsole. I love them so much I have them in white and black and I am currently on the hunt for a pink pair. Pick up your pair on tower-london.com>>

So, if you are in the market for a chunky sneaker to up your sneaker game these five are a good place to start

Pick up your pair

Shop all my looks 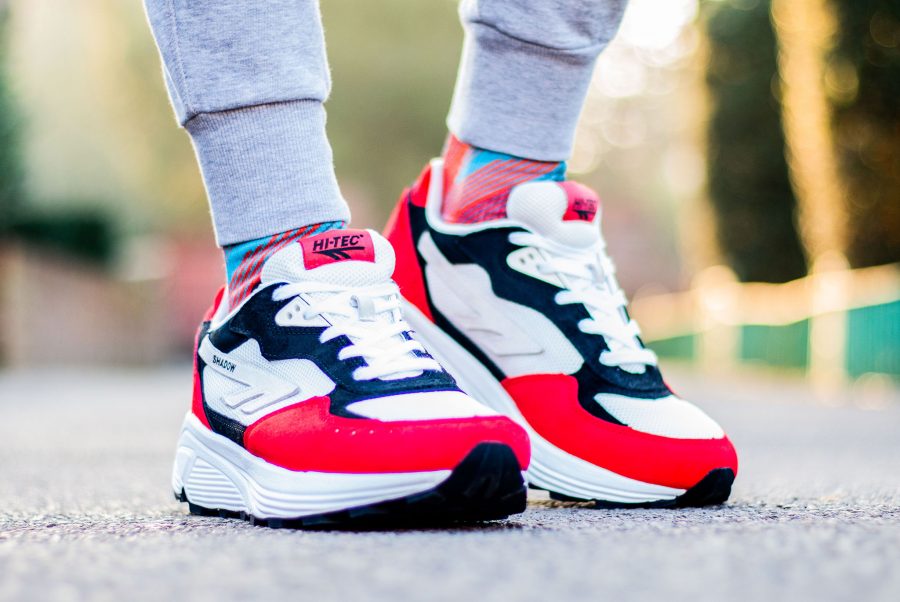