Varana’s 2020 collection takes its inspiration from the stunning Amer Fort in Jaipur, Rajasthan. The fort is widely known as the Amber Fort, originally because of the temple to the goddess Amba located within, but more likely these days because of its pale gold colour. The first structures at Amer go back to the 10th century but the fort and the palaces within have been destroyed and replaced by successive rulers and chieftans. What we see standing today at Amer are structures built over a 150 year period by different rulers until the 16th century.

While the Amer Fort is unornamented on the outside, the palaces and gates within have beautiful painted frescoes and pieta dura inlay using marble, mirrors and coloured glass. On a recent visit to Amer, I was enchanted by a painted gate, The Ganesh Pol, or gateway, leading to the private palaces of the Maharajas. The pronounced geometric tessellation painted on the archways, combined with floral elements, is quite unique.

We started working with the ceiling pattern of the Ganesh Pol by flattening out the tessellation to a two dimensional painted surface. We then deconstructed the pattern to its core elements, the geometrical tessellation and the flowers. Using the frescoes of the Ganesh Pol as a starting point, the Varana design team have re-interpreted its visual motifs guided by a contemporary vision and aesthetic.

Seasonal colours have been drawn from the frescoes in new combinations, in both vivid and soothing pallettes. The bold geometry of the tessellations have found their way into the seasonal prints, which recall mid-century modernism, while the prettiness of the original frescoes have been retained in floral embroideries in the summer linen collection. The spring-summer collection has sumptuous duchesse and satin silk, Varana’s trademark heavenly twill silk, crisp cottons and bespoke linens for high summer. Hand applique cut work reflect the jaali lattices seen in the Amer palace, once again rendered in a contemporary voice for Pre Fall. 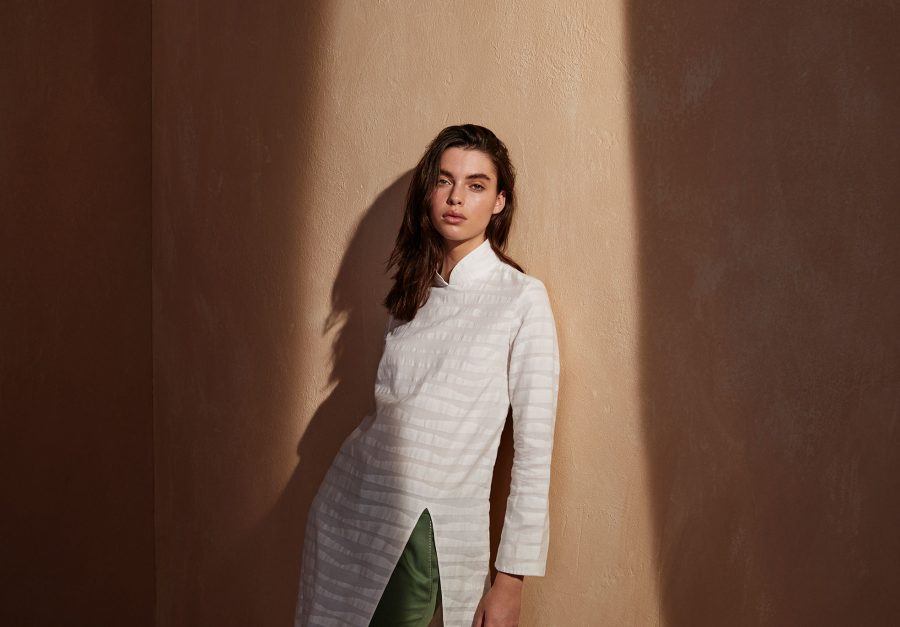 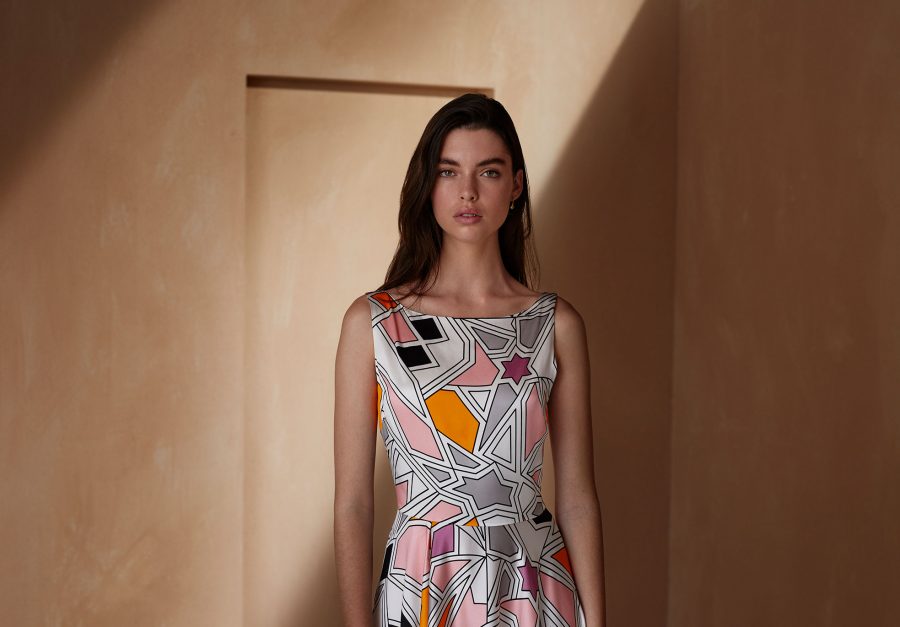