AVI-8 is incredibly proud to announce that we are an ocial partner of the Royal British Legion in their centenary year and are launching a limited edition timepiece in support of the charity.

Limited to just 500 pieces, each of the Spitfire Type 300 Automatic Royal British Legion timepieces sold will help raise funds for this extraordinary charity and support the crucial work they do for those who serve and have served in the British Armed Forces and their families.

Founded in 1921, the Royal British Legion supports the Armed Forces community through thick and thin, providing life-changing support to veterans, serving personnel and their families through hardships, injuries, and bereavements. Every year the RBL organises the Poppy Appeal, and leads the nation in commemorating and honouring those who have served and sacrificed on our behalf, ensuring their unique contribution is never forgotten.

‘We are delighted to be working in partnership with AVI-8 and are incredibly grateful for their support. The limited-edition timepiece is a wonderful way to mark this significant moment for the Royal British Legion, when we are celebrating 100 years of supporting the Armed Forces community. The funds raised from sales of the timepiece will ensure we can continue to provide life-long support to all serving and ex-serving personnel and their families.” –Ben France, Head of Corporate Partnerships, Royal British Legion

This limited edition timepiece produced in partnership with Royal British Legion is inspired by, and designed to support, the countless men and women who have served over the years.

Mirroring the clear-cut legibility of the iconic Spitfire’s gauges and readouts, the Type 300’s indices, hands and layout form the primary blueprint of the dial. Completing the dial at the 6 o’clock position is the Royal British Legion’s trademarked two petal poppy, a symbol of Remembrance and hope for a peaceful future. 42mm in diameter, the case is shaped to follow the elliptical form of the Spitfire. From lug to case body, sapphire lens to case back, the Type 300 is an immediate form driven echo of this iconic aircraft. The crown is expertly topped by a red two petal poppy encapsulated in epoxy.

The Type 300 employs an automatic movement with a custom rotor. It is designed to reflect a birds-eye view silhouette of the Spitfire: an ever spinning reminder of the plane and the brave people who flew it. Attaching the timepiece to your wrist is a solid, stainless steel bracelet with solid deployant clasp, ensuring a comfortable and secure fit.

Each of the 500 limited edition timepieces is uniquely numbered and comes packaged in a distinctive blue and red gift box, resembling the Royal British Legion’s branding.

Written by The New Collections 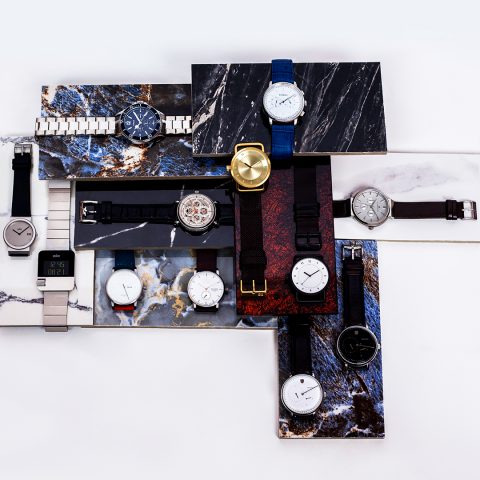 AFFORDABLE, YET STYLISH WATCHES FOR YOUR DAY TO DAY